Episode 15: “The CEO Who Landed Fearless Girl on Wall Street”

Ron O’Hanley is Chairman and CEO of State Street Corporation, a 225-year-old company that has helped build better futures for the people and institutions they serve. Previously, as President and CEO of State Street Global Advisors (SSGA), the nearly $3 trillion asset management company that put its belief in women, Ron was behind the installation of Fearless Girl on Wall Street, as a symbol of female empowerment accompanied by a plaque that states “Know the power of women in leadership. SHE makes a difference.” While CEO of State Street Global Advisors, Ron reached out to many companies and said, “The first step toward solving a problem is admitting you have one.” These conversations were about adding women to their boards. 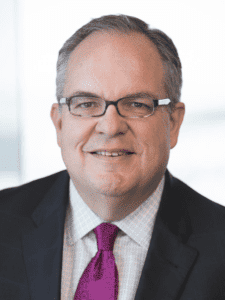 In celebration of the three-year anniversary of Fearless Girl, it is an honor to share Ron’s passion and advice on being an inclusive leader on this game-changing episode of Leadership Reimagined – The CEO Who Landed Fearless Girl on Wall Street.