Episode 14: “A Game-Changing Win at the WNBA”

Cathy Engelbert is the first Commissioner at the WNBA, and former first female Chief Executive of a Big Four firm as Chief Executive Officer at Deloitte, where she dedicated her career for 33 years.

Having spent her entire career in professional services, driving growth and profitability for client companies, Cathy left behind an unbeatable legacy, most notably as an advocate for and supporter of women in the workplace. Cathy’s business expertise and personal intentions brought her to a new career as the first Commissioner in the history of the WNBA. Endorsed by Adam Silver, the Commissioner of the NBA in a recent statement, “Cathy is a world class business leader with a deep connection to women’s basketball which makes her the ideal person to lead the WNBA into its next phase of growth.” 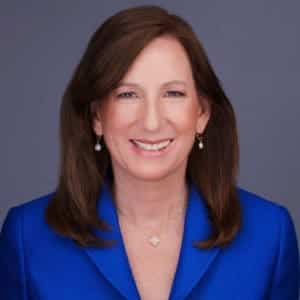 As leaders think about pushing towards a carefully constructed people first agenda, Cathy shares in her commitment “big business is about relationships…you must support the lifecycle of an employee, as your people really are your R&D and how you should be investing.”

In recent news and under Cathy’s leadership, the WNBA negotiated a landmark contract, a historic moment being in that for the first-time players would be given a compensation level and other benefits that better reflect the demands of the job. This is a game-changing win at the WNBA!

Although pioneering many firsts, Cathy modestly shares her perspective on the importance of normalizing progression in diversity and inclusion “…moving that novelty of women firsts to the norm has always been part of my goal. It is really important we make progress and we not be comfortable with that progress — we keep going, and women keep raising their hand and building their capability.”

As credited by the Wall Street Journal as “cracking the proverbial glass ceiling,” it is an honor to share Cathy’s insights and thoughtful leadership on another game-changing episode of Leadership Reimagined – A Game-Changing Win at the WNBA.