Janice Ellig, CEO and founder of Ellig Group, sits down with real leaders in this series of game-changing conversations, bespoke to fellow champions of change. Heralded by Bloomberg Businessweek as one of “The World’s Most Influential Headhunters,” Janice is often consulted for her expertise and commitment to gender parity, equity, inclusion, and diversity.

We are honored to present this month’s episode of Leadership Reimagined, “A Bold Dream to Impact Social Equality” with Maurice Jones, Chief Executive Officer of OneTen.

Join us in this month’s game-changing conversation with Maurice Jones, an innovative business leader and prominent social advocate whose depth of leadership experience is equally matched by a passion for impacting positive social change and creating a more equitable society. 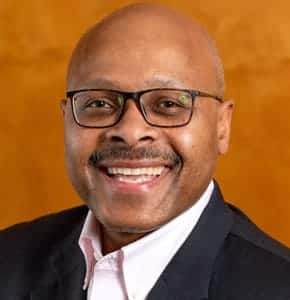 The OneTen mission is to upskill, hire, and promote one million black individuals who do not have a four-year degree into family-sustaining careers over the next 10 years. OneTen, with their “skills-first” approach, focuses on competencies, aimed to close the opportunity gap and ignite potential for years to come. Highly personal to Maurice, as he was raised by his grandparents, he shares how they faced instrumental societal barriers that greatly impacted his life, “they were the most transformative presence in my life, and without a doubt, were brilliant. But their brilliance was not enjoyed by all who could have benefited from it because of the barriers that were put in front of them, overwhelmingly because of their race.”

Prior to joining OneTen, Maurice held a number of high-ranking positions in non-profit and public service. Having spent his life’s work making an impact on society and giving back, it is our privilege to share his story on this episode of Leadership Reimagined “A Bold Dream to Impact Social Equality” with Maurice Jones!