Janice Ellig, CEO and founder of Ellig Group, sits down with real leaders in this series of game-changing conversations, bespoke to fellow champions of change. Heralded by Bloomberg Businessweek as one of “The World’s Most Influential Headhunters,” Janice is often consulted for her expertise and her commitment to gender parity, equity, inclusion, and diversity.

We are honored to present this month’s episode of Leadership Reimagined, “A Legendary Trailblazer” with Barbara Novick, co-founder and former Vice Chairman of BlackRock, recently transitioned to Senior Advisor. Barbara is a prolific author on the topic of asset management and public policy issues having written numerous articles. She has been named BlackRock’s Most Powerful Woman, as well as one of Barron’s 100 Most Influential Women in U.S. Finance.

Tune in as Barbara discusses her phenomenal career with a great team of leaders, building the world’s leading asset management firm, from its modest “start-up” beginnings to now $8.7 trillion in assets under management. Barbara is not only a game-changer, but a rare trailblazer! 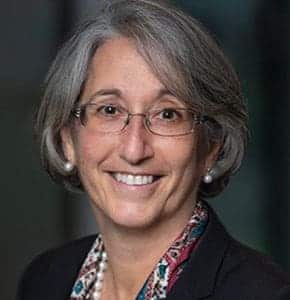 “It never occurred to me that I couldn’t do anything I wanted to do.”

Barbara was one of eight co-founders of BlackRock when they began in 1988, with four still at BlackRock. For the first 20 years, she headed the Global Client Group. In 2009, Barbara formed BlackRock’s Global Public Policy Group, and from 2018 to 2020, Barbara took on oversight of the Investment Stewardship team. After 33 years with BlackRock, Barbara transitioned from Vice Chairman to a Senior Adviser role effective February 1st 2021.

It is with great privilege we present to you this episode of Leadership Reimagined “A Legendary Trailblazer” with Barbara Novick.